In 2012, the State Puppet Theatre - Plovdiv and Theatre Festival “Three Are Too Many, Two - Not Enough”, represented by Viktor Boychev and Gina Kafedjiyan, invited the theatre of fire and shadows FIRETER to become partners in the creation of the first street festival for street theatre in Plovdiv. In this way, in 2012, the first steps and preparations were taken for the establishment of a model of street theatre of the already well-known over the years puppet theatre festival. The FIRETER team embraced the idea with love and enthusiasm, and together with their colleagues from Plovdiv made a plan of the best locations in the city for such type of street spectacles. 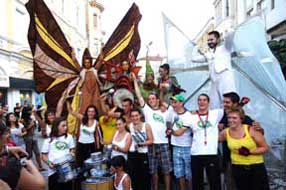 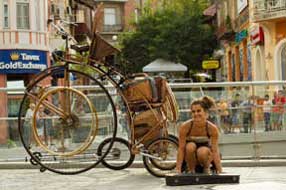 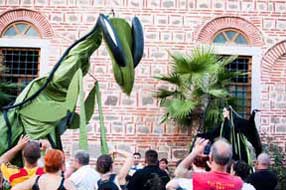 FIRETER also used its contacts with colleagues met during festivals in different parts of the world to give the initial impulse of this beautiful idea. So in September 2012 was born ThearAIR - wonderful, magical, funny and full of energy. It immediately became part of the cultural heart of Plovdiv and the Festival takes place annually at the beginning of September already four years, making the city of Plovdiv an even brighter and more fantastic place. We thank the colleagues from State Puppet Theatre - Plovdiv and all collaborators who accepted our invitation over the years, and we thank our fabulous audience!!! 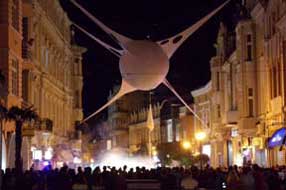 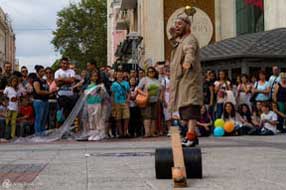 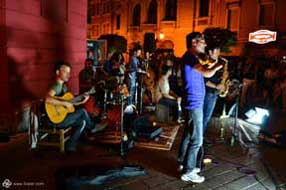 Come join us every year at the beginning of September and become a part of us (info@fireter.com) …